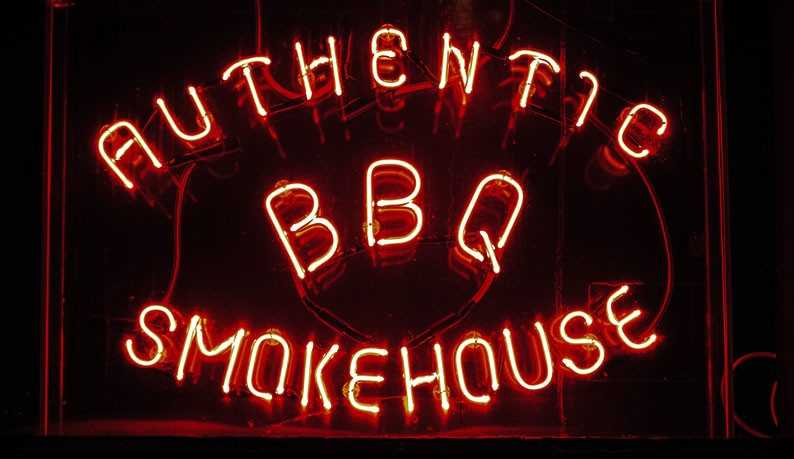 The BBQ made in USA

BBQ World Tour #1 - In 2020, Kokko transforms himself into a globe-trotter and offers you a "BBQ World Tour" to discover the history of grilling, smoking and roasting through different gastronomies. For our first stopover, go to the United States. Put on your gloves, heat the coal and install the grills: let's go!

1- The origin of the word barbecue

We are starting our world tour of the art of barbecuing in the United States and, as you will have understood, it is not by chance. Although the Anglo-American word "barbecue" did not enter the French language until the 1950s, the term had already existed for centuries on the other side of the Atlantic. To explain the etymology of the word, linguists agree that "barbecue" comes from the Arawak (Native American people of the West Indies) word "barbacoa". It appears in written documents dating back to the early 16th century and means "device for roasting meat in the open air". The word became "barbecu" or "borbecu" in English and also appeared in 1697 in "A New Voyage round the World", a work by the navigator and explorer William Dampier. In his account, it means "slatted wooden frame used as a bed frame", in other words, it described the device used to smoke or roast meats over a fire.

Even today, the word "barbecue" still means both the appliance used to cook food, the method of cooking, but also the type of meal or festive and convivial event organised outdoors in the summer months around it.

2 - The rise of the barbecue

In addition to the appearance of the word, the origin of the barbecue tradition is more commonly attributed to the Caribbean Indians who used this method of slowly cooking meat over the fire to optimize its preservation. This method of cooking was brought back to America by the Spanish conquistadors.

The barbecue as we know it today only became popular in the United States, particularly in the south of the country, in the 1950s. American industrialists then imagined and created barbecues with mobile grills, which run either on gas or charcoal. Since then, we can find "barbak" aficionados all over the world and as much to say that in the United States, the BBQ is a real institution.


3 - Barbecue culture in the United States

The art of barbecuing in the United States is not just about grilling hamburger steaks, quite the contrary. In American gastronomy, barbecuing allows recipes to be made using meat, mainly beef and pork, which is marinated for a long time before being cooked slowly at low temperatures. The aim is to smoke the meat and cook it for several hours to melt the collagen to make it tender and juicy. The ideal cooking temperature is around 100°.

Barbecuing in the United States is an art that requires many hours of work to control the temperature and cooking, to put back charcoal, to ensure good air circulation... It has even become a competitive sport through which the "pitmasters", the French barbecue chefs, compete for the title of barbecue master. A reality TV show on the subject has even been created, which shows just how dear barbecue is to Americans!

If each region has its own speciality, one thing is certain, the Americans do not skimp on preparations. A good meat must have marinated for a longer or shorter period of time before being cooked and smoked slowly.

In Tennessee, the queen is sliced pork shoulder, rubbed with spices and garlic and accompanied by a sweet tomato sauce and coleslaw. It is eaten either as a dish or in a sandwich.

Enjoy our recipes for :

In Kansas, ribs (pork chops) are the honor, as well as the famous smoked beef belly that is served with a spicy tomato sauce, sweet and sour with vinegar.

Discover our interpretations of American-style ribs:

In Carolina, we also find slow-cooked pork in huge braziers. It is accompanied by a different sauce depending on the region: tomato and sweet in the north, mustard in the south and peppery in the northeast.

In Texas, the ribs and breast of beef or pork are eaten, smoked with oak wood. Slowly smoked meat must come off the bone when it is well cooked. Here is our recipe for Kokko smoked pork belly.

To vary the pleasures, we offer you several variations of hamburger:


Are you ready to embark on a real American-style barbecue but still have some doubts: hot or cold smoking? Chips or sawdust? Discover our guide for successful Kokko smoking!