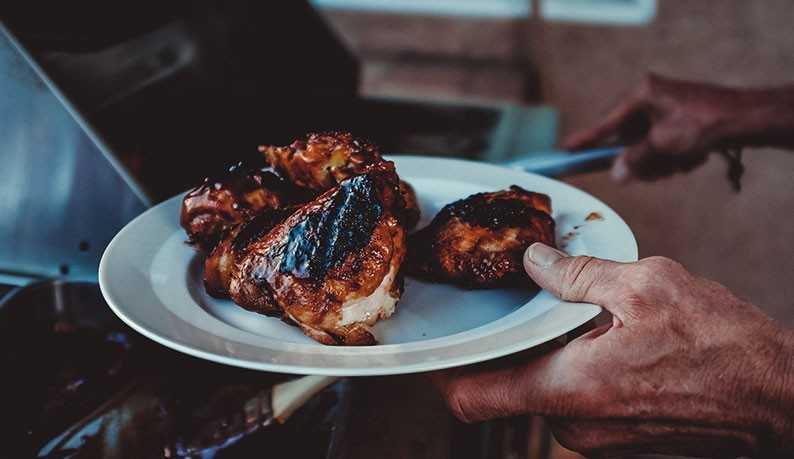 The Churrasco, the king of the Iberian grill

BBQ World Tour #3 - In 2020, Kokko transforms himself into a globe-trotter and offers you a "BBQ World Tour" to discover the history of grilling, smoking and roasting through different gastronomies. For this third stage, it is in Portugal that we have an appointment. Put on your gloves, heat the coal and install the grills: let's go!

The Churrasco: Portuguese or Brazilian

Churrasco is more often associated with Brazilian cuisine to the detriment of Portuguese gastronomy, in which it is also very present. More broadly speaking, churrasco is a culinary speciality found in several South American countries but also in Galicia and Portugal, which we are interested in today. A bias, of course, but one that will enable us to limit our CO2 emissions by not travelling to the other side of the planet. And then, quite frankly, don't worry, the Portuguese have mastered it perfectly!

The Churrasco tradition in the Portuguese style

"Churrasco" is simply the Portuguese translation of the word "barbecue". As in its French version, it means both the way of cooking "au churrasco", traditionally made with charcoal, and the grills themselves. Even if fish is also grilled, churrasco is mainly used for grilled meats, mainly beef, pork and of course chicken, "frango" in Portuguese, with a particularly irresistible smell when it is browning on the grill of the "Churrasqueiras", restaurants specialising in barbecue cooking. This convivial cuisine is extremely tasty, thanks in particular to the special preparation of the meat.

To make your churrasco to perfection, make sure you choose the right charcoal.

Cutting up chicken with toadflakes

The grilled chicken is undoubtedly the star of the Portuguese churrasco for its inimitable taste thanks to an exceptional marinade but also for its particular cooking. In fact, chicken in churrasco never stays dry after cooking, especially because it is cut with a toad, which means that it is opened in half in the middle of the rib cage to obtain a chicken as flat as possible, like a toad. Why is that? A quick, regular and uniform cooking of the whole piece of meat which will remain juicy.

You can find this technique in our "American style" grilled chicken recipe.

With its sweet and spicy sour notes, the marinade of "frango with churrasco" marries marvellously with the taste of grilled wood. In this one, we find garlic, fleur de sel, lemon, onion, a touch of vinegar or white wine, olive oil, piri-piri sauce as well as touches of malaguette, a small Portuguese green chilli pepper slightly peppery. In some recipes, there are sometimes a few notes of pepper. The good news is that in Portuguese grocery stores, ready-made preparations of this delicious sauce are sold. Of course, in order for the meat to soak in this sauce, once the chicken is cut up, it is coated and then left to rest for at least 24 hours or overnight before being placed on the grill of its churrasco. Do not hesitate, while cooking, with a glove and a brush, to brush the chicken again with a little of this sauce to give it taste.

Cooking on the barbecue requires a few precautions. Before you get started, make sure that you follow these safety rules for a worry-free BBQ.

Zoom on the picanha

Along with chicken, pork, especially ribs, breasts and sausages are also often grilled with churrasco. Beef is also grilled with churrasco, and there is one piece in particular that is very popular in Brazil: the picanha. This piece of beef from the rump is not common in France because the cutting of the meat differs from country to country. Indeed, in Portuguese or Brazilian butcher shops, when rump is cut, a piece of fat is left on one side, a bit like a duck breast. Then divided into thin slices of a centimetre or two and sprinkled with a pinch of fleur de sel, the meat is grilled for a few minutes on each side. The picanha often comes from a particular breed of beef, the Black Angus, which has the particularity of developing a marbled meat that lends itself particularly well to churrasco cooking because it makes the flesh tender and juicy.

What to accompany his Churrasco with?

Most often in the Churrasqueiras, grilled meat is served with rice cooked with a few onions, French fries and a mixed salad (green, tomatoes, red cabbage, carrots). As for the picanha, it is traditionally eaten with slices of grilled pineapple, also in the churrasco.

Did you keep some of your churrasco? Discover our tips for not spoiling anything and incorporate them into other recipes.